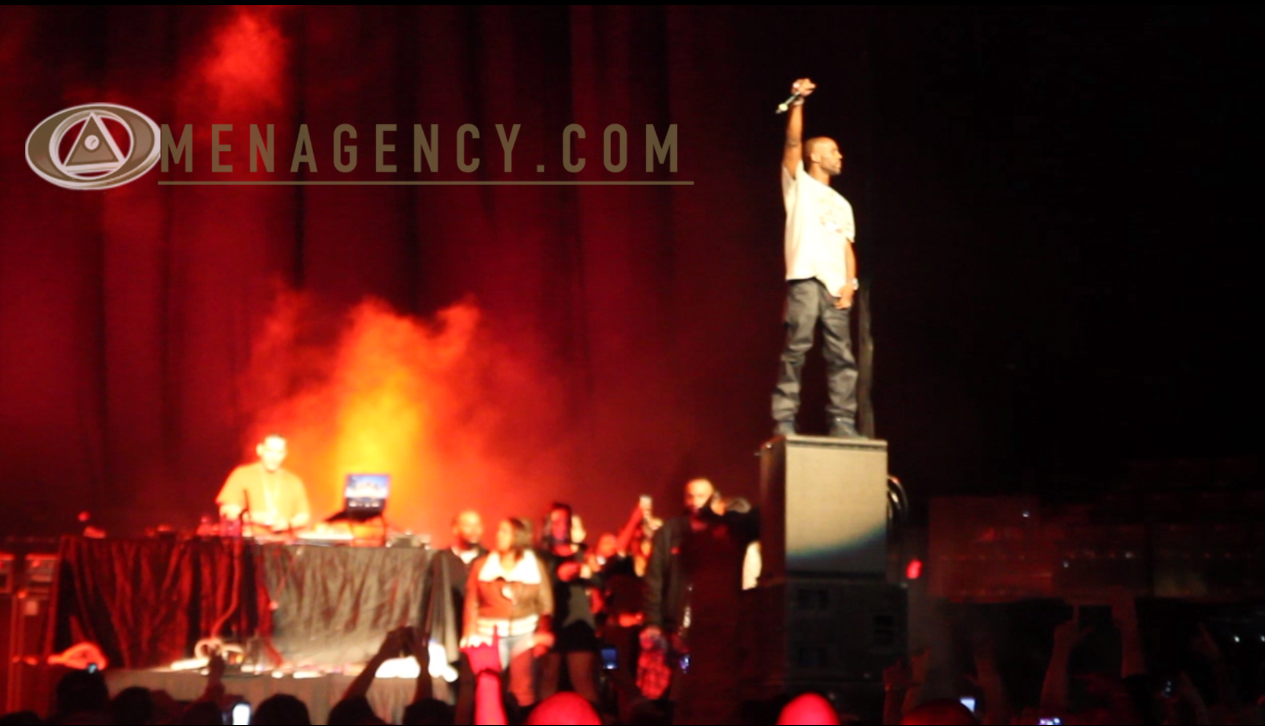 We Need More DMX’s! When DMX, and our CEO Black Nicholson first met there was a little tension (see GoTinaPGo.com). All that tension disappeared fast, because real recognizes real. And real Negus don’t want problems (especially from fellow Negus). Word to our guy Trick Trick. The next time they met was in Sunrise Florida at The Beatdown. The Beatdown was an event hosted by Groupon/Aquinity Sports. The Omen Agency was in charge of procuring talent, and the run of show. Black got a chance to watch “X” all day. “He was always hard-working, and upbeat. You could tell that the man had problems, but we are all at a constant war with our own demons.” In this clip you can hear Black Nicholson say “I’m not going to tell you my real name LOL”. Black’s real name is Damian, so all the real DMX fans know what that name means to him. Instead of shouting out Damian or the Omen DMX opted to say “What It Be World”! We ended up going to the Mall to get fresh, but the fans had other plans. “DMX” was getting rushed by everybody. I mean we couldn’t go anywhere without being asked for something, but “X” gracefully signed everybody’s autograph, took hella pictures with anyone that asked, and never complained. You guys got to understand; I’m talking the whole mall was swarming the “X-Man”, but he never complained. Instead he was patient, and showed love to everyone. Yo Earl showed so much love that to those that appreciated him that he didn’t even get a chance to change clothes before his performance, and he was almost late. It didn’t matter though because when it was showtime DMX walked the champ to the ring singing “X gonna give to him”. Occasionally swapping out the”X” for “Juan out of respect for the champ Juan Guzman. “X’s” stage show blew everybody away on the card. We’re talking Flo Rida, Waka Flocka, Fabulous, Fat Joe, and Travis Porter. I can’t front though, Waka show was tight too! At the end of the day; if you ever met the man; well then you know how special he was. DMX was love. Anointed even. Honest, authentic, and will be forever missed. #RestInParadise Earl Simmons. We are posting this rare performance in honor of you. May GOD bless the souls of you, and your family #Amen #Ase